Virtual reality against fear of heights 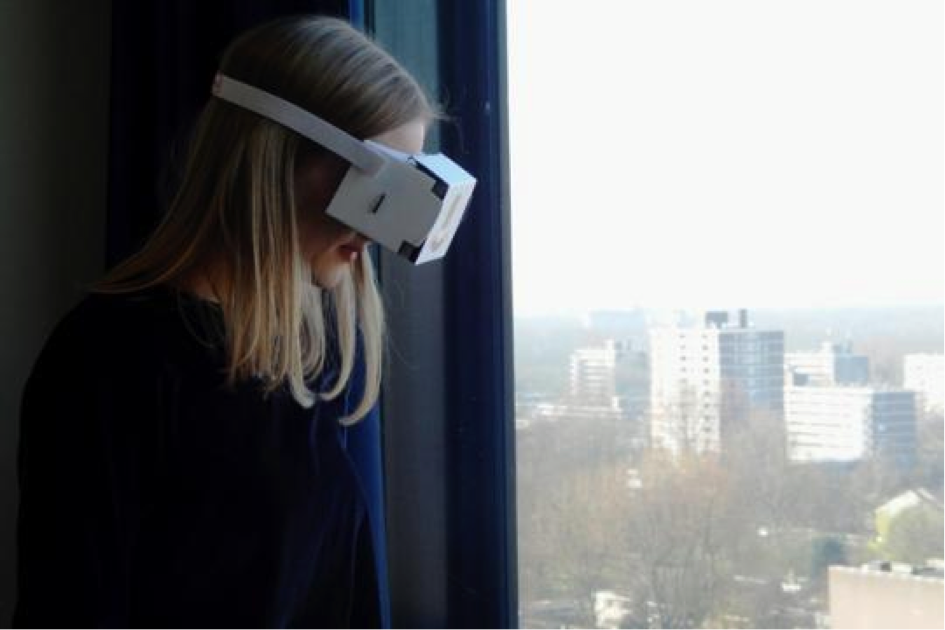 It sounds ideal: tackling fear of heights at home on the couch. That is the plan of Tara Donker, researcher in clinical psychology.

Donker received an NWO grant to investigate the effectiveness and feasibility of an app for people with vertigo. “Previously, people with vertigo were given a special therapy where they were slowly exposed to their fear. But since 2014, the treatment is no longer covered by health care insurance companies in the Netherlands. “This is worrying because patients with phobia have a higher risk of developing anxiety disorders and depression.

Weak in the knees
Those who register with us know that their fear is irrational “For example, they do not dare to enter the elevator, refuse to visit friends on the fifteenth floor, or are terrified to walk down a staircase with a grid pattern.

Simulation
In the app participants first get an explanation about phobias and about strategies with which they can tackle their fears. With the help of virtual reality goggles they can do various games that expose them to their fear. For example, have to find objects standing at the edge of a high balcony in a virtual reality theator the top row of a theater or cross a suspension bridge over a ravine in the mountains. Although the participant is at home, the simulation is intense enough to cause your hands to get sweaty.

On top of a crane
In order to make suitable images, the team at Donker is self-conscious. They were themselves on the roof of a 22-storey apartment building and climbed up a fifty-meter crane. There, dangling legs were filmed over the edge. “That makes it extra scary.”